Anybody who knows me well knows my cat Izabou. She’s a petite, crippled calico cat with the softest fur imaginable and the sweetest soul. Anybody that meets her becomes a “cat person” instantly. I feel so lucky that she found me. 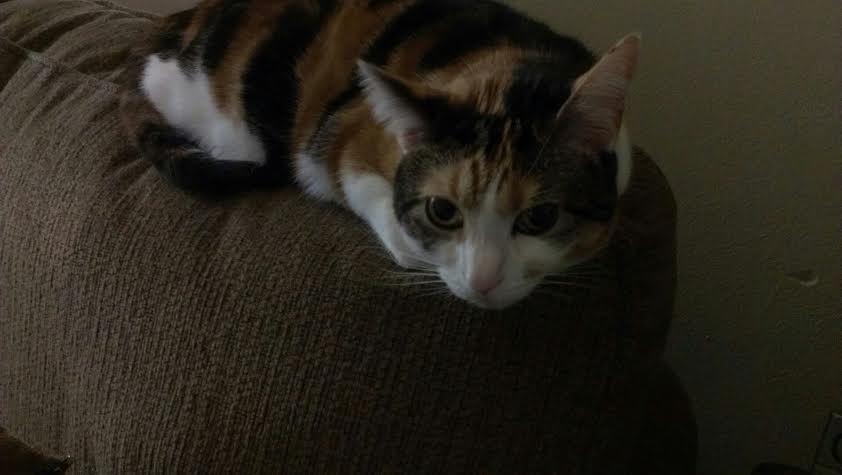 I came home from work one day when I used to live in South Lebanon. I was about to walk in the door when I heard a quiet meowing. I looked around and I couldn’t figure out where the sound was coming from. Then, I saw a little white paw emerge from beneath my neighbor’s pickup truck. Underneath that truck was a little calico cat. As I came closer, she began to meow louder and louder. She let me scratch her head and behind her ears. Then, I saw that she was favoring her left front leg and I became concerned. I picked her up and she purred in my ear. “Good, she’s not in very much pain,” I thought. She had no collar on, so I was very worried for her because in my neighborhood there were a lot of stray cats, and I’ve seen several neighborhood kids harassing and throwing rocks at them. I figured she was one of their victims. I took her inside and gave her some tuna. After she was done eating, she jumped in my lap and rubbed her face on me and purred up a storm. I, of course, became very attached to her right from the start. I had to do the right thing though and try to see if she had an owner.

The next day, I took her to the local shelter and asked them if they knew if anybody was looking for a calico cat. They exclaimed that nobody said anything about a lost cat. They also said that they would probably put her down because of her leg if I left her there. I couldn’t have that happen to such a sweet little cat, so I took her to work with me to check out her leg. She got a clean bill of health while she was there. I also did x-rays on her. They showed that the bones in her leg were deformed. I was so relieved that she didn’t need surgery and that she wasn’t in pain. I decided that she was going to live with me from then on.

Izabou is now the princess of the house. I spoil her with treats and affection all the time. She gets around the house just fine. She can do anything other cats can do, just not jump as high. She loves other people, and will come up to you asking for head scratches. I feel like she chose me that day she was under the truck. It was as if she asked me to take care of her. Now I can’t imagine my life without her. She is the light of my life. 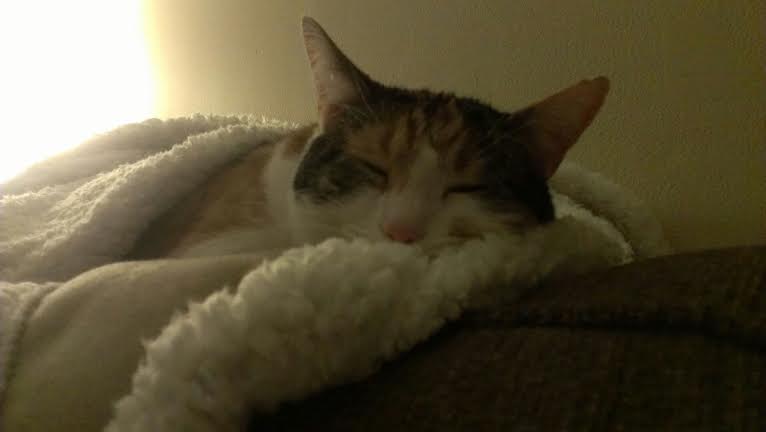 Sarah had this great idea of articles on pets that our staff have rescued. Since I’m the oldest of our tribe I realized I have more stories than the others. These stories include my first dog Godfrey, a middle aged over sized blonde cocker that was found at the Columbus greyhound bus station. Gretchen, a German Shorthair Pointer I found at the Bexley Park in Columbus. Harold, a yellow tiger/white barn kitten brought home for my sons. Charlie, a black Cocker discovered in an ad in the paper placed by a desperate single mother. Maggie, a soft coated Wheaton Terrier, again, given to me from a desperate divorced mother of 3. And finally Butters, a wire haired Fox Terrier puppy given to me by our groomer who had rescued his mother from an abusive environment. She thanked her with a litter of pups two months later. 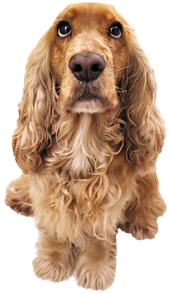 This photo will be replaced with a picture of Godfrey once Dr. Miller goes through his old photo albums! :)

I was sitting in my fraternity house at Ohio State playing Bridge, an addictive card game that I’m sure was responsible for flunking out a few fraternity brothers and landing them in Vietnam. The door opened and in walked a frat member with a scraggly, dirty, mud caked, matted, dreadlocked blonde cocker spaniel. “Hey, I found this dog down at the Greyhound Bus station. Anybody want him?” Before my brain had time to assess the situation, my mouth yelled out, “Yea, I’ll take him.” So here I was, a sophomore in college living in a fraternity house where no pets were allowed, the proud new owner of this horribly dirty dog. But it was 1970 and who cared about silly rules!

I bathed him and spent hours brushing him out and discovered he really was a rather handsome dog. The name Godfrey was donned on him and he became somewhat of a mascot. Not yet in Veterinary School I had my first lesson in K-9 behavior: don’t mess with the food of a dog you’re not that familiar with. I spent an afternoon at University Hospital getting a bite wound of my hand tended to. But, I persevered and with patience developed that human-pet bond that we all are familiar with. I knew I had a true treasure when I was sitting with him on the oval on campus taking in a warm April sun when a gnarly ‘hippie’ looking guy with a really handsome, hair flowing Irish Setter walked up to me. He said “Hey dude, that’s a great looking dog. Look at him, you have a hippie dog and all I’ve got is this Irish Setter. Wanna trade?” Well, not in a million years I thought. And that’s how our lives together started.

Godfrey became my study mate and was probably partially responsible for my acceptance to veterinary school. We lived through some crazy times the first two years. With him tagging along I attended class and studied diligently while having a part time job managing the fraternity house. All this with campus unrest, riots, the national guard on campus, and the draft lottery happening.

After the first two years of veterinary school his life changed dramatically. I got married. No, he wasn’t in the wedding, but he was patiently waiting in the car filled with balloons as we left the church. No one was surprised to see him and he had no problem settling into married life.

In my senior year he had some major health issues. He developed a life threatening inner ear infection that required surgery. Given a 10% chance of returning to normal activity he defied the odds and was himself within two weeks. Later in the year, he developed a mysterious metabolic illness where he was constantly panting due to an acidic blood. I knew this would lead to organ damage and eventual death. He went through a battery of diagnostic tests by a team of specialists. Nobody came up with a diagnosis. Finally, I just started treating his symptoms and he responded. I eventually weaned him off medications and he never relapsed. (Fun fact: this was a time when the veterinary school would care for students’ pets and write off expenses as research. Boy, that would never happen in today’s world.)

On graduation day we packed up put Godfrey and his newly acquired housemates, a German Short Haired Pointer and Siamese cat in the backseat and off we went to Carrolton, Ohio to work in a large and small animal practice for the next 3 years. Godfrey would often ride along on farm calls. He was there both times when my newborn sons were brought home. He was perfect with infants allowing them to crawl on him, yank on his ears, and even spill his food everywhere. We’d come a long way.

The last year the age was catching up to him. His kidneys were failing but with treatment we kept him happy for several more months. He finally passed around midnight on a spring Saturday night. I buried him that night in the rain by myself, I wanted it that way. I cried with every shovel full, remembering all of our adventures together. It was a dignified passing and private good-bye.

Because of him I’ve always had a thing for cocker spaniels. But in my heart the Cocker of all Cockers was Godfrey, my college buddy, housemate, and family member.

Kelsie is a veterinary assistant at our New Richmond Hospital, currently pursuing her license for veterinary technology. She has been with Lifetime Pet Centers since 2010. Her rescue story about her Husky, Milo, is below.

My Rescue Story
By Kelsie Ober
for
Lifetime Pet Centers

After working at an animal hospital for 3 years and seeing how happy owners are when they have rescued a pet, I decided to find a companion of my own. I had recently moved out and started my life as an adult and was afraid of being alone. I wanted the feeling of having a companion to come home to that would get excited just by walking in the door. I wanted to feel like our clients feel when they rescued their new family member. 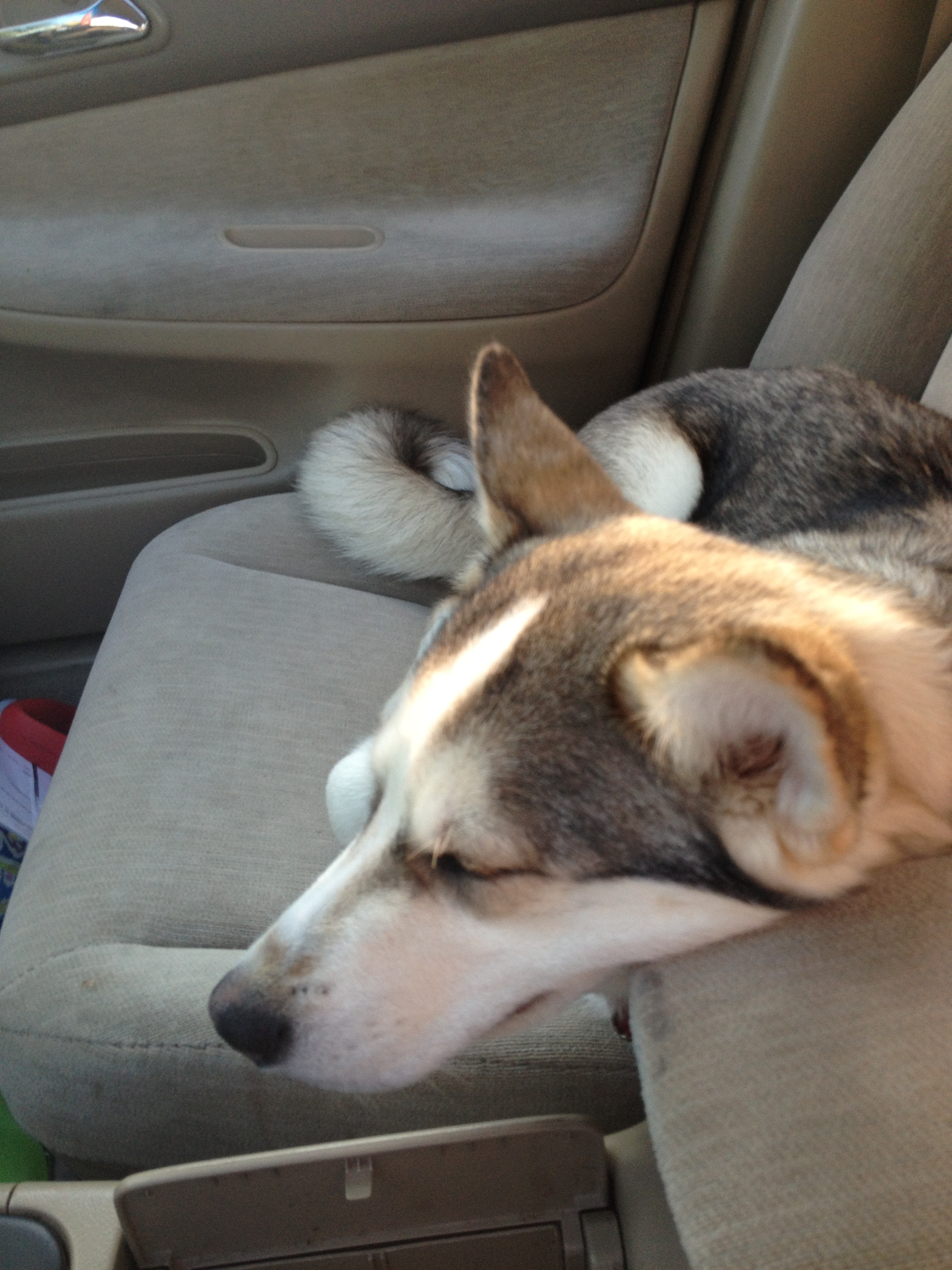 Milo, on his first car ride with Kelsie, on the way home from the shelter.

I remember Milo’s adoption like it was yesterday. I was with a friend who was also looking to rescue a pet and we had been to a few rescues throughout the day and were growing tired of searching for just the right pet. I remember walking into the Clermont County Humane Society asking if they had any puppies up for adoption and as soon as the receptionist told me they had just received a husky puppy, I ran through the doors to the kennel area. As soon as I saw #27, as they do not name the dogs at the shelter, I fell in love. I didn’t want to leave his sight to sign the adoption forms. The kind receptionist lead me into a visiting room where I got to pet and play with Milo while they were getting the paperwork ready. It was a connection I have never felt before. It was like we were meant to find each other to make each other happy and I was meant to take care of him. Before even leaving the shelter I had taught Milo to sit and lay down. I knew I had made the right choice in adopting him.

When I had to move back into my parents’ house I was very skeptical of how they would handle having a dog in the house for we have always had outdoor dogs. Fortunately Milo is extremely loveable and my parents quickly adapted to him. They even call themselves grandparents because Milo is like my child but with four legs and fur. I have the opportunity to take him to work with me when I cannot be at home with him and he is spoiled rotten at home. I honestly don’t know where I would be without him or how I ever lived without having my favorite companion with me every day. They say “dogs are man’s best friend”, well I have news for you. They are more than best friends, they are family members. 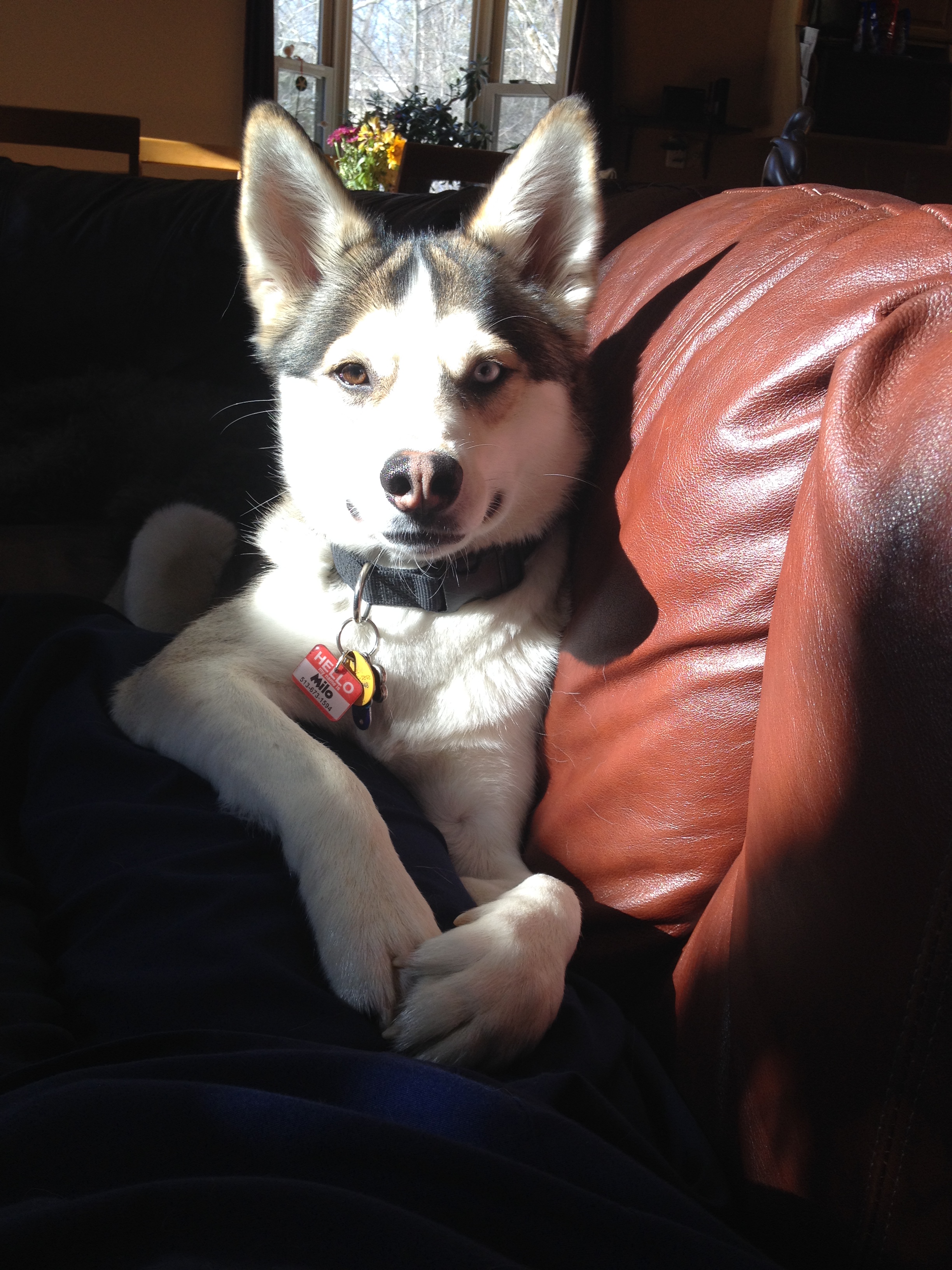