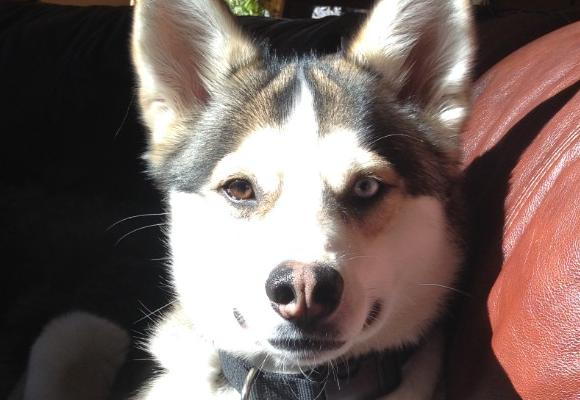 We are living in a different economic world, where the country has full employment, but higher individual debt loads. That’s because of the shrinking middle class. All the money in the economy continues to get sucked up to the upper 10% (1% actually). So, despite the rosy pictures of a full employment economy, the average American is seeing his or her bank accounts and savings shrink.

We see this on a daily basis and deal with it by providing estimates ahead of major services or procedures. Most of our clients are very savvy to this and ask for an estimate ahead of time. This system can breakdown and it usually occurs under duress and worry about a very sick patient or during a true or perceived life threatening emergency. These are the times when a client is worried and fails to comprehend the estimate that is given.

Of course, there are the times when well-intentioned people try to aid deserted or injured animals and when an estimate is given we suffer the brow beating. These people do not understand the costs of keeping a veterinary hospital up and running and are shocked when we won’t take that stray in and work on it for free. They do not understand the concept that once they pick up that stray, that stray is theirs and they take on the responsibility of care. Frankly, we often offer deep discounts as long as the “good Samaritan” is genuine and genuinely nice to us. Usually, the more demanding and forceful persons tend to be the ones that have no intention paying anything. But, I digress.

First, let me state that if we fail to explain fees and give estimates, we have failed our clients.

With that in mind let me give a possible and typical example of failed communication:

We receive a call at 2:30 on Saturday afternoon from a woman with a dog that is sick and not eating for several days. She is not a client of ours, but I still agree to see her despite the fact that we close at 3:00 and the staff will have to stay late and obviously be paid for the time. On exam I find a foul vaginal discharge. On palpation the abdomen feels normal but tense.  I explain that her dog has a metritis (inflamed, infected uterus) that is draining. I recommend she return that Monday for a CBC (complete blood count) and radiographs. Until then I start the dog on antibiotics explaining that with luck, this might resolve the problem. However, further diagnostics are definitely indicated because this problem could progress to a pyometra uterus which is a life threatening problem requiring immediate surgery.  The owner voices some concern about costs (GOOD). The staff works up an estimate for services that will be rendered on that day, for x-rays and bloodwork. The technician reviews the costs for her and I proceed to prepare her for the worst case scenario of the potential costs involved with surgery.  This is distressing to her, but she needs to know and plan for this.

She cannot get the dog in that following Monday and says she will call us to schedule.  We finally see her at the end of the week. By now the person on admissions recognizes that the dog is worse and blood chemistries should be done for evaluation of kidney and liver parameters. She’s given the additional costs, consults with her husband, and signs off on the services. When I evaluate the dog I see that discharge is still present and and the dog is dehydrated. I call the owner and explain that we should culture the discharge for type of bacteria and determine what antibiotics are effective. I also recommend re-hydration with IV fluids. Costs are given over the phone and she gives us permission.

So, all the above services are rendered and the findings are metritis with a culture pending. I consult the owner and advise that surgery is the best option for a full and finite resolution. I also advised that as time passes and there is no improvement the dog may become toxic with resulting kidney damage that could be lethal. Because of costs, I advised that we could try an alternative antibiotic but the prognosis would not be very good for a recovery. The owner elected to try the antibiotic with the knowledge that surgery would in all likelihood be necessary.

The dog went home and we waited for a decision.

The next day we receive a phone call from the husband irate over the costs. We explained that all fees were explained in advance and signed off on. The phone conversation was a verbal agreement. That fact did not register and he still continued to complain. He demanded a refund on all additional costs. Again we explained that all costs were approved by his wife.

Four days later, we receive another phone call from him stating that the dog was worse and asking why we did not operate on her the day she was in. Now everyone’s losing patience and the welfare of the patient is not being taken care of. I stated that the dog needs surgery and he agreed but felt it should be free because of all the previous costs already incurred. I explain that was not logical and simply not going to happen. The dog was finally operated on in an emergency situation because of toxins building up in her body. She came close to dying after surgery but was saved with intensive care over the next three days. Of course, this led to much greater costs. We radically reduced the bill simply because we cared for the dog and wanted to return her home (this would not have occurred in one of the big, corporate practices).

So, what was the final outcome? We saved the dog’s life, hooray! She went home happy. We suffered financially due to the radically reduced charges to save the patient, but had the self satisfaction of job well done. And, for icing on the cake, we got not one, but three bad reviews from the owner.

What’s to be learned from this fictitious case?  We’re not perfect and sometimes fail in communications. But this is a two way street. If you are having a difficult problem with costs, just tell us!  And please be nice, because we tend to be nice back. We are not money mongers. Our practice struggles to pay our bills just like you. So please, please COMMUNICATE with us!