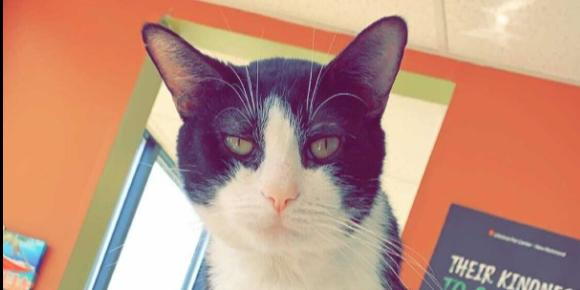 Buddy (the Elf, as the staff liked to call him) came to us in January of 2019. He was found by a client with a business in downtown New Richmond, where they had been feeding and caring for him and a few other strays in the area. But, his friendly nature stuck out to them and they wanted to make him a shop cat so they brought him to us for a health screen.

Examination and diagnostics revealed anemia caused by a blood infection called Haemobartonella. He responded to treatment but became a chronic carrier- this made it impossible for him to be kept as a shop cat. He charmed the staff and soon it became apparent that he was going nowhere-  he was ours now.

He easily integrated with our other house cats and spent his time earning his keep by schmoozing clients. His major asset was his super friendly personality. Buddy’s favorite trick was jumping onto Katie’s shoulders (often without warning, much to the amusement of anyone watching it unfold). In the morning, if you were the first to arrive, he’d always be at the door waiting. If I came to the office late to check a patient, he’d be there waiting at the door. He simply loved people and they loved him back. The pandemic and our subsequent curbside service left him broken-hearted as he could no longer do his favorite thing: socialize with people. 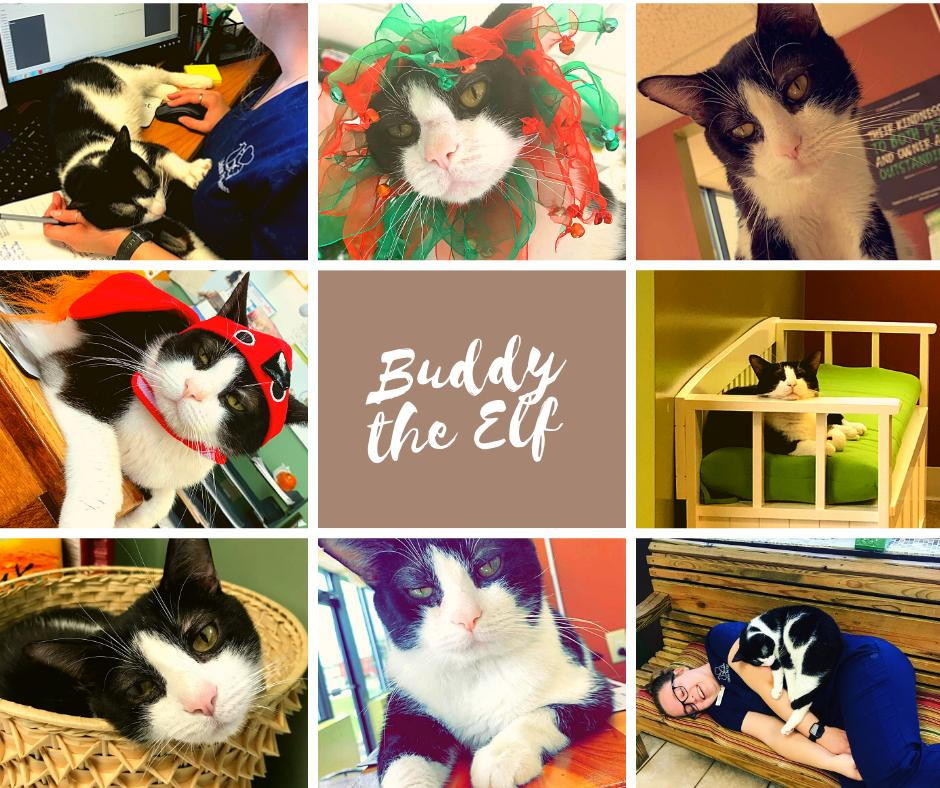 Through his time with us he occasionally had relapses of his disease, but always responded to treatment. Eventually he did not respond and succumbed in mid-November. He came to us lost and ill, and rewarded us with so much affection and joy. We will always warmly remember Buddy, the friendliest cat to wander into our lives.